When we arrived at Edinburgh Airport we asked an immigtation officer what was happening in Edinburgh that week, she looked at us as if it were obvious, “Um, ever hear of Fringe Festival?” Cue blank looks from the family, then the realisation we were staying in Edinburgh during one of the largest street festivals of the year. Ha.

Edinburgh was heaving with people daily, but since we had researched the transport situation we knew simply buy a family pass and be done with it, and it meant we could get around easily, not have to park (we never rent cars unless driving across Germany, France, Luxembourg and Belgium in one day!) and ride buses and trams for unlimited rides.
One highlight was Lennox being joining a show and getting lots of compliments afterwards on how well he did (he gets amped up then crashes later). Check him out performing:

Another was on the first day we wanted to watch the movie The Secret Lives of Pets and this was the last day before it closed forever. We were an hour early so while we were walking around the neighborhood looking for something to do we found the Piano Garden!

And here’s a drum/bagpipe duo on the main drag that really knocked our socks off:

We road a double decker bus down the main drag through town and then out, way out, to the suburbs/farmland, luckily the bus turned around again and took us back to Edinburgh eventually. 🙂 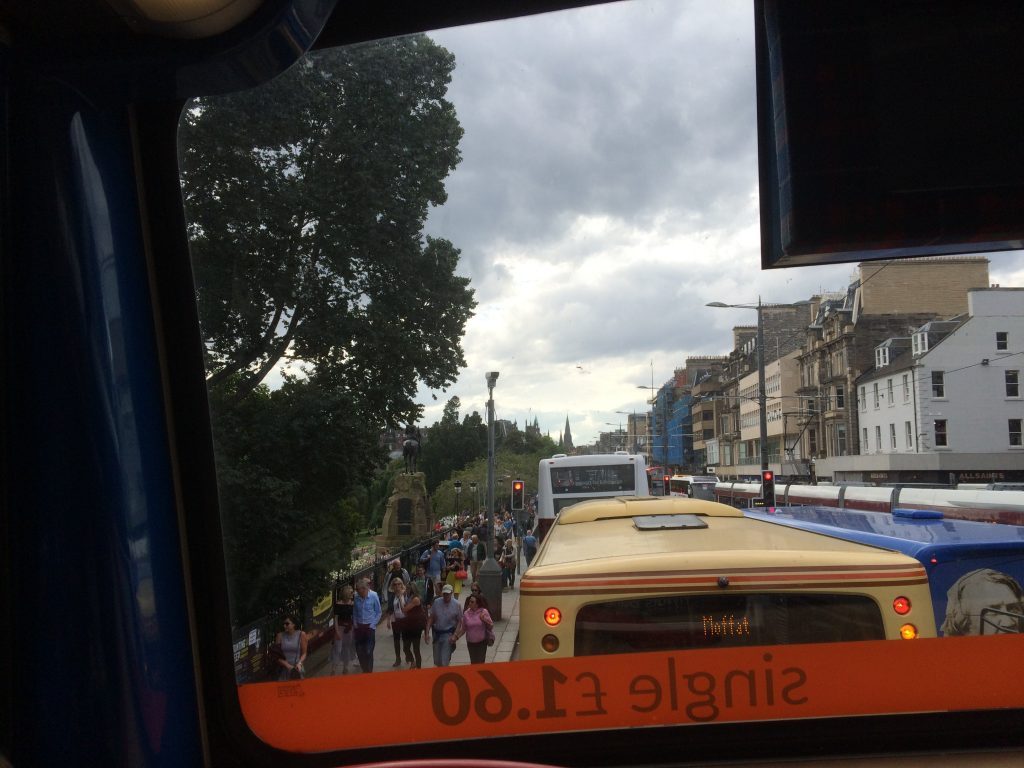 One Reply to “Edinburgh during Fringe Festival”